On August 30, 2021, the memorial for MSG Gary Gordon was unveiled at the Lincoln Veterans Memorial Park, in Lincoln, Maine. The memorial honors all of the brave military men who made the ultimate sacrifice during Operation Gothic Serpent in Somalia on October 3rd, 1993. 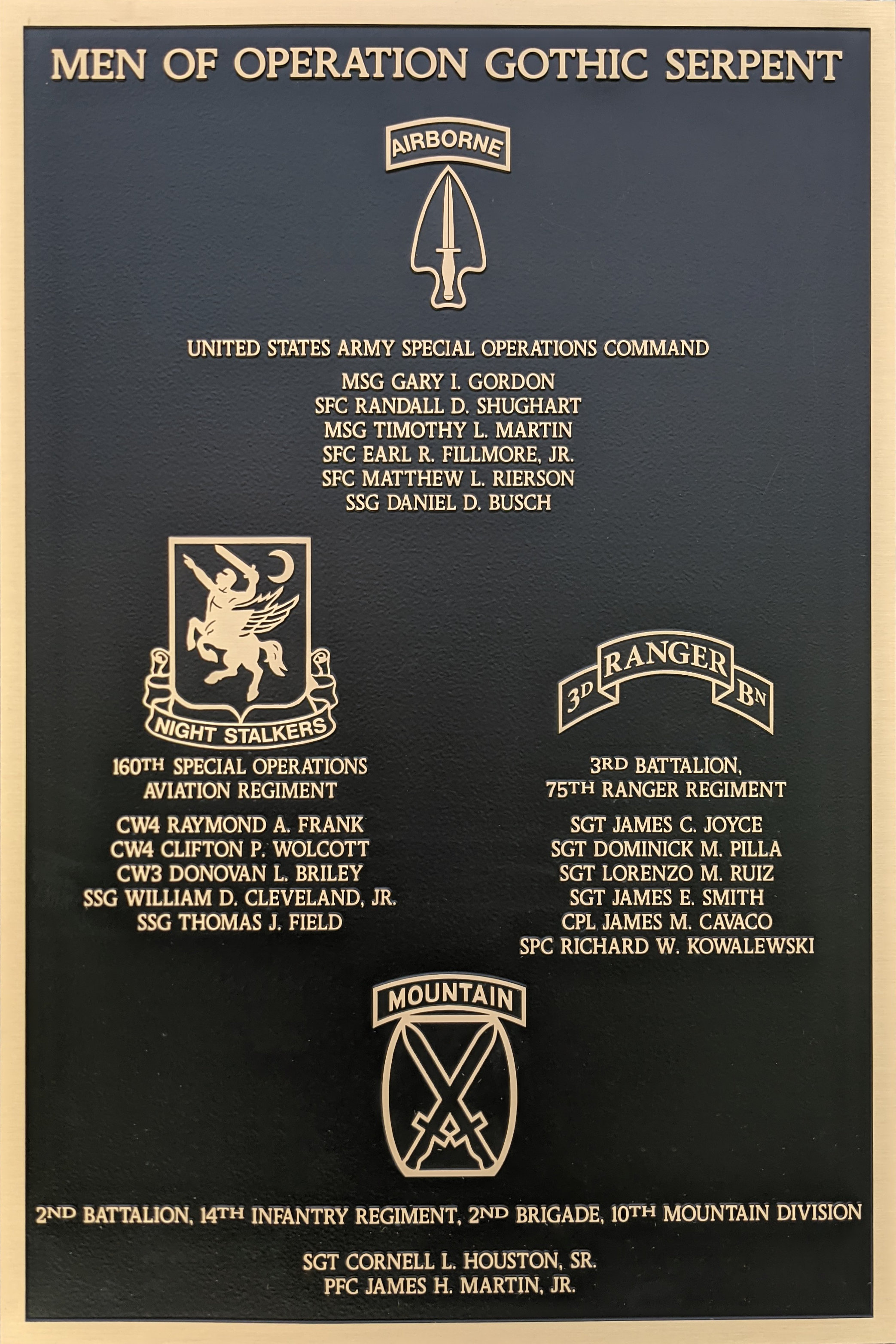 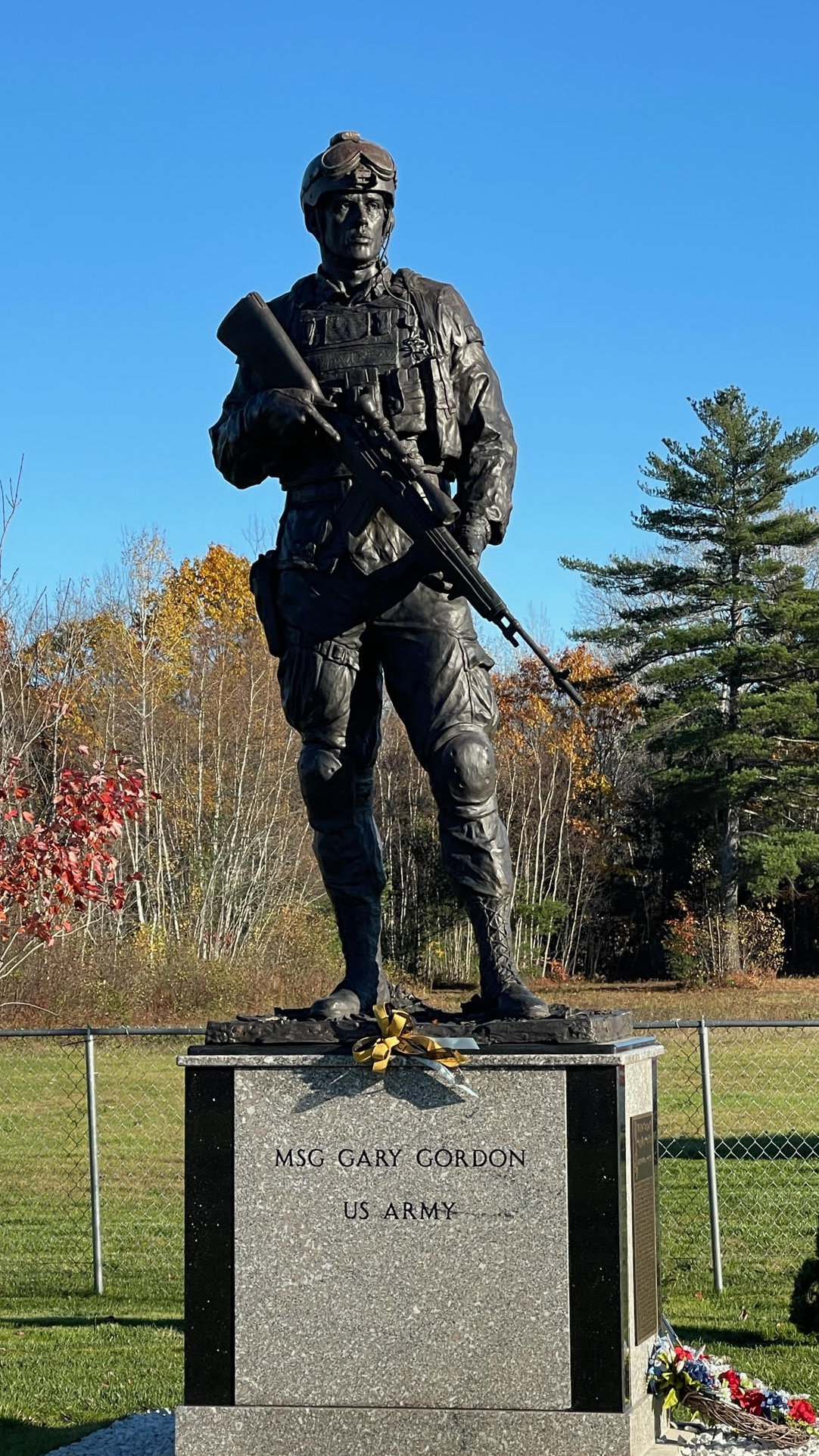 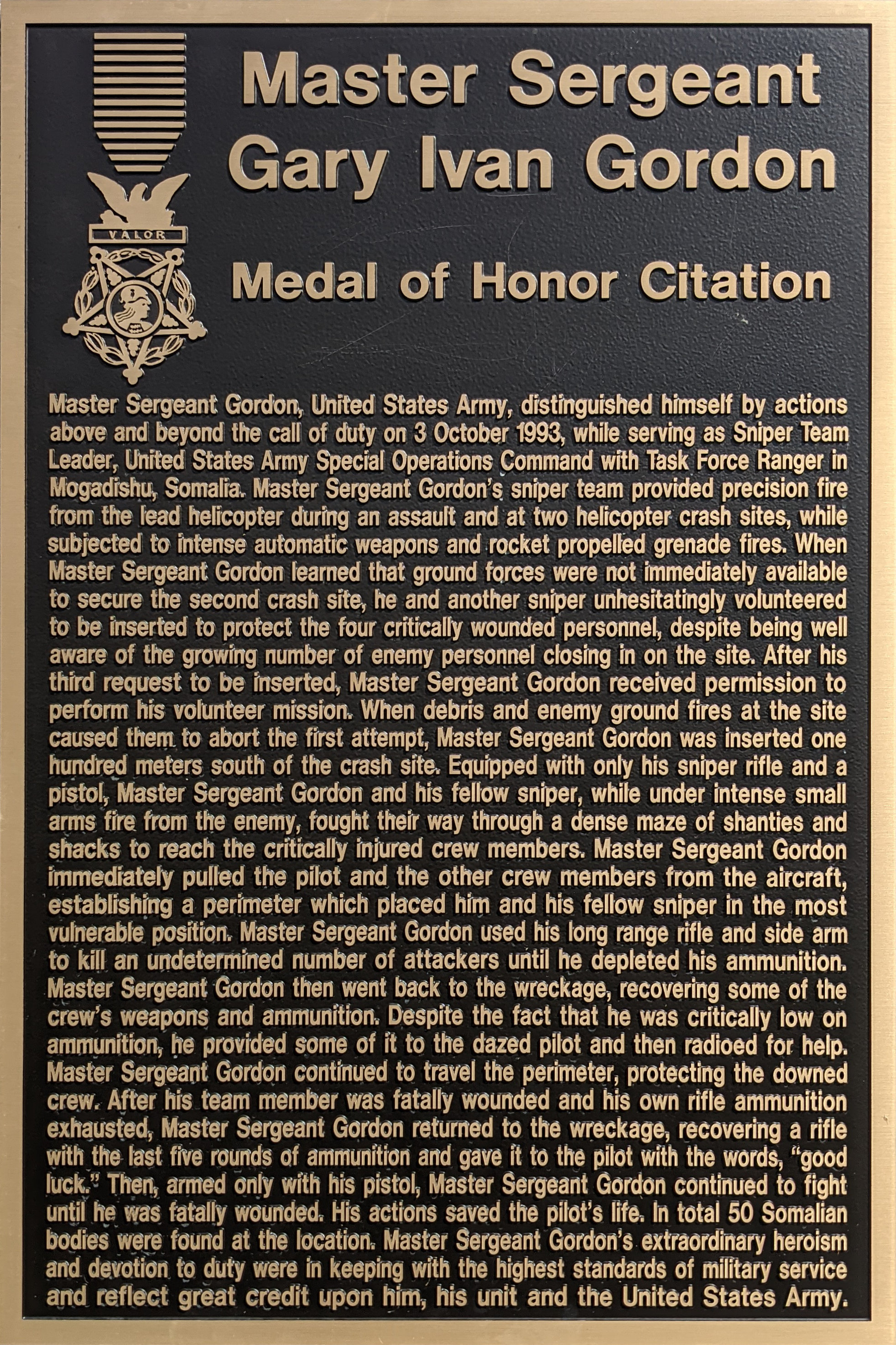 The life-size bronze likeness of MSG Gordon was constructed by artist Chad Fisher and is set atop a granite base. The base has two bronze plaques; one with MSG Gordon's Medal of Honor citation and one listing all the brave military men who made the ultimate sacrifice during Operation Gothic Serpent in Somalia. 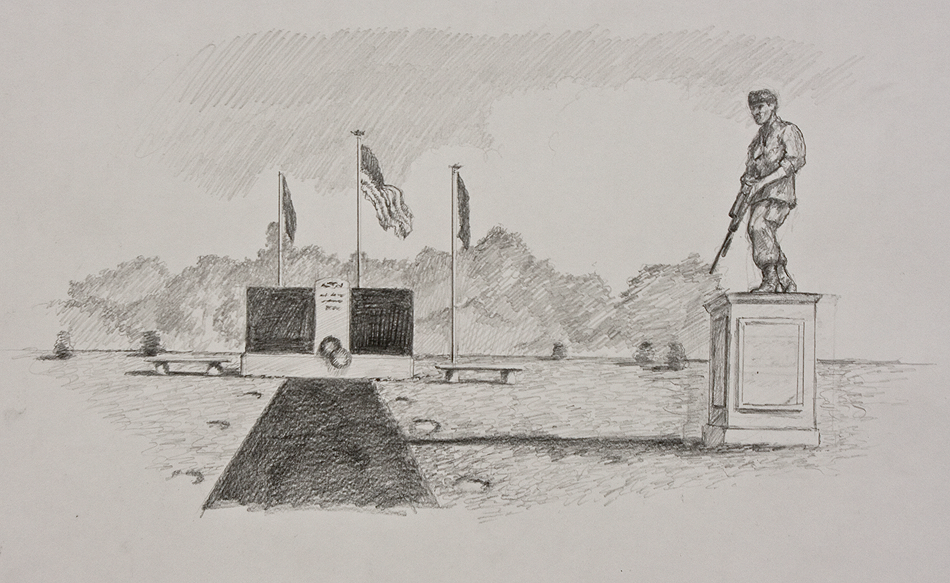 The artistic sketch of the Gary Gordon MOH Memorial and what it will look like in the Town of Lincoln's Veterans Memorial Park was provided by Bryan Snuffer.